5/12 Cover Reveal: The Sky-Child and other Stories by Danielle E. Shipley

Today is the cover reveal for The Sky Child and Other Stories by Danielle E. Shipley. This cover reveal is organized by Lola's Blog Tours. 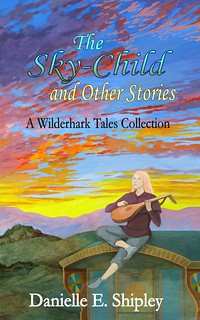 Blurb:
Born into a world his heart knows as beneath him, an extraordinary boy becomes a man of music, hopeful that someday he’ll find a way higher.

As the first day dawns, a world comes awake, order and disorder striking a dangerous balance.

Under the stars, a princess and tailor trade age-old lore, little dreaming of the future that could trap them in the past.

All of it in, around, and far above the timeless trees of Wilderhark, the forest whose secrets reveal themselves slowly, if ever at all.

Tales of beginnings. Tales of quests for belonging. Most of all, tales of true love.

Once upon a time, you knew something of Wilderhark’s tales. Now for the stories that fall in between.

The Sky-Child and Other Stories
A Wilderhark Tales Collection

You can find The Sky-Child and Other Stories on Goodreads

A farmer’s life was irreconcilably different from that of a traveling entertainer. It was the sort of life where years were marked in seasons, not in miles; a life of sameness where, rising morning after morning on the same piece of land, one got to know that piece of land as well as one’s own self. …Assuming, that is, that one could be induced to take any part in the never-ending tilling and sowing and growing and reaping – all tasks in which Jackillen took no interest whatsoever.
For the most part, his adoptive father would let him alone. Not so at harvest time. During the late summer and autumn months, virtually every creature breathing was called upon to do its share. And though Jackillen may have been able to get by well enough with little food and sleep, breathing was an essential he was unprepared to go without.
Jeromey first assigned Jackillen the simple task of helping to dig up the ripe root vegetables, but soon observed with dismay that the youth appeared to wilt a little more with every row.
“It’s this business of rooting about in the dirt,” Jackillen said droopily, when questioned. “Everything focused down, down, and farther down… It’s torment. I don’t want to burrow deeper into the earth, I want to be free of it – I want to fly!” He tipped back his head to stare with longing at the vivid blue expanse above him. “What I wouldn’t give to reach the sky…”
In all truth, Jeromey Gant understood his son as little as Jackillen did him, and was at a loss in trying to comprehend how such a lively, sturdy body and personality could coexist with such a strangely sensitive spirit. Whatever the reason, it was at least clear that this particular aspect of the harvest did not at all suit the lad, so Jackillen was reassigned to the barn, under instruction to thresh the freshly harvested grains.
Hours later, Jeromey thought he had better go see whether the boy found his new chore to be more to his liking, or if he considered the dust of the beaten wheat or the confinement of the barn to be killing him by inches. He got as far as poking his head around the door. Then he froze, mouth agape, eyes blinking repeatedly as they attempted to make sense of the sight before him.
Everything in the barn was in motion. The grain swirled through the air in a golden cyclone. Twirling in the center of it all, smiling and laughing with delight, was Jackillen, a stout wooden staff a whirring blur in his hands. The spinning staff stirred the air, holding the grains aloft, and rapidly rapped out again and again, beating the wheat as it whirled past.
The late afternoon sunlight slowly waned as the implausible scene continued until, upon some variation of Jackillen’s extraordinary dance, the wheat rode the air into the harvest sieve, the edible grain separating from the unwanted chaff. Then at last, his work completed, Jackillen let the air go still and lowered himself to one knee, visibly fatigued, but just as visibly pleased.
He gave no sign as to whether Jeromey’s presence was a surprise or had been long since noted, only announcing cheerfully, “Threshing’s done.”
Jeromey stared at the boy in silence for another moment before remarking, “Most people can’t do that, you know.”
Jackillen grinned, the color of his eyes brighter and more erratic than ever. “Oh, yes, I never doubted that. But I am not most people: I’m Jackillen Gant.” He leapt to his feet and breezed through the doors past his father, turning to add in casual afterthought, “I can do anything, you know.”
No, Jeromey hadn’t known. And “anything” was a big enough word that he wasn’t prepared to admit he knew any such thing even now. However, he thought it reasonable to assume, if ever there were someone capable of anything, that one would most likely be Jackillen Gant.

About the Author:
Danielle E. Shipley’s first novelettes told the everyday misadventures of wacky kids like herself. …Or so she thought. Unbeknownst to them all, half of her characters were actually closeted elves, dwarves, fairies, or some combination thereof. When it all came to light, Danielle did the sensible thing: Packed up and moved to Fantasy Land, where daily rent is the low, low price of her heart, soul, blood, sweat, tears, firstborn child, sanity, and words; lots of them. She’s also been known to spend short bursts of time in the real-life Chicago area with the parents who home schooled her and the two little sisters who keep her humble. When she’s not living the highs and lows of writing, publishing, and all that authorial jazz, she’s probably blogging about it.

Writing credits include: “Inspired” (a novel); short stories in paranormal, fantasy, and Steampunk anthologies via Xchyler Publishing; and, of course, her series of fairytale retelling mash-ups, “The Wilderhark Tales”. 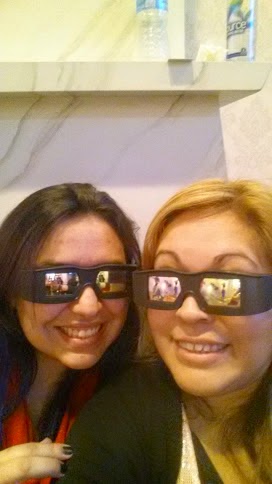